Day 6
DLS and I packed up and left Leia’s place somewhere around 10:30 for the next round of interviews.  We talked to a woman who is no longer tenure faculty, which may or may not be addressed in the final cut of ‘Junct.  What we focused on in that specific interview was life beyond contingency.  The second interview of the day covered alternatives including teaching abroad.
While we had expected more of a round table discussion for the second segment of the day I think what we got was equally important.  It also reminded me that people are still not willing to come forward on camera for fear of losing what employment opportunities they do have and I respect that.  One woman in particular, while not wanting to be on camera, was instrumental in putting the word out about the interviews we were conducting.  Even though she was gentle and soft spoken I sort of thought of her as some secret agent working covert ops behind the scenes.  She was the one that made Cleveland happen for us.
Once we wrapped (and collected a parking ticket) we made our way to State College PA for the final interview of this leg of the tour.  After searching for a good 45 minutes I found a place to pick up something to hold the footage I had shot earlier that day.  Initially I wanted to pick up another 32GB CF card but when I saw the 4GB CF cards were selling for 84 bucks I decided against that.  The HDs I prefer were nearly 200 bucks so that was out as well.  I ended up purchasing a 32GB thumb drive for 30.  At this rate I will probably have a keychain of these little drives once all is said and done.  The hard part is going to be managing everything now that it’s spread out on multiple devices until I can afford a 3TB drive. 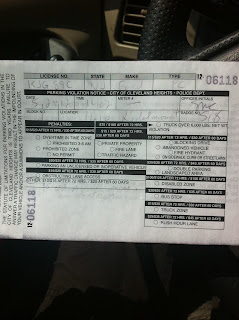 Day 7
Our last interview was scheduled for 11am and initially we thought we’d be there for an hour at most.  We ended up talking (mostly off camera) for well over two hours.  I was actually expecting another parking ticket by the time I got back to the truck.  Luckily that wasn’t the case.  After the interview we headed straight home. 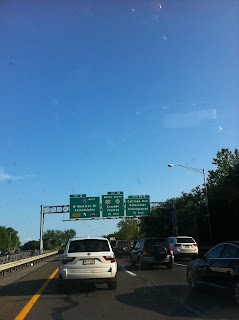 While it was an interesting week I’m happy to be home with my husband and my dogs.
Now to go take care of that parking ticket...
Posted by 2255 Films at 2:46 PM